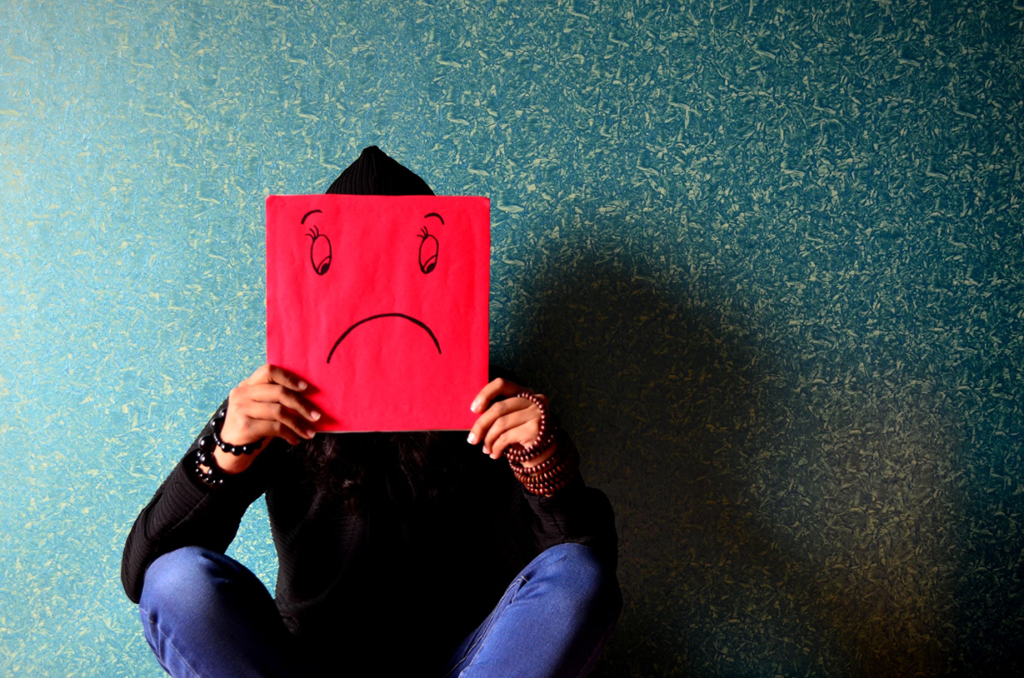 It would make parenting so much easier if they gave an instruction manual on your way home from the hospital. Unfortunately, this is the epitome of learning “on the job” and there are lots of times where you may feel like you’re screwing up.

No matter how frustrated you may get, it’s very important to keep your emotions in check and not let your kids see you doing certain things when you get upset.

Here are three things in particular that I’ve stopped doing to my kids when I’m upset and, trust me, it’s made a huge difference in our family life. 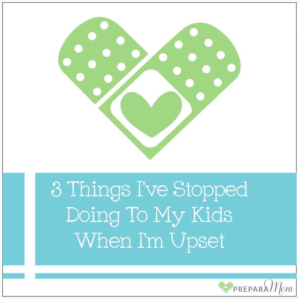 As a result of lack of sleep and dealing with two little ones, it became way too easy to get upset letting my temper flair and start yelling. Unfortunately, this usually just adds fuel to the fire of the situation.

With younger kids, they can either just tune you out, or become legitimately terrified of your temper. With older kids and teens, they’re more likely to start yelling back which then starts a back-and-forth escalation that isn’t going to do anyone any good.

Once in a while, I will slip and raise my voice a little too loud and my kids will say to me “why are you yelling mom?”. There’s nothing like having your kid to remind you of your no yelling rule.

2. Disciplining in the moment

It’s natural for you to get angry with your children and fly off the handle when you’re disciplining them. But, once you make a proclamation, such as “You are grounded for a month,” then you’ve set the tone for how this is going to play out.

You can’t go back and realize that maybe a month is too long and then let them off the hook later on. When you do that, they take your discipline less seriously and are more likely to get in trouble again because they figure you will just back down.

Instead, tell them that you will discuss their behavior later when you’ve calmed down. Then, you can come back to have a rational conversation about their behavior. This will help them when it comes to modifying their actions and it will keep your blood pressure from blowing up!

3. Sending them to time out

Time outs became really popular a decade ago or so, but let’s face it, they’re just not cutting it in a lot of situations. Instead, if your child is throwing a tantrum, tell them they cannot do whatever it was that they were doing until they’ve calmed down.

If they blow-up while playing a game, tell them that the game gets put away until they stop having a meltdown. This will usually fix the situation and you can then address things later when you’ve both calmed down.

If they continue, ignore them. The tantrum is meant to be an acting out that will get attention. If you don’t feed into this, then it’s like denying oxygen to a fire. It will go out on its own pretty quickly.

Staying calm when you are upset with your children can be a difficult thing. But you can’t let your temper flare out of control. Remember, you are modeling behavior that will fuel their actions for years to come. Instead, take a deep breath and try to handle things calmly and rationally.

Be Prepared for Accidents!

At the beach, the park or playing ball – be prepared for the sun AND accidents with a first aid kit designed exclusively with you and your kids in mind.  Check out PreparaKit.com for kits and tools created for busy parents who want to be ready for the unexpected.