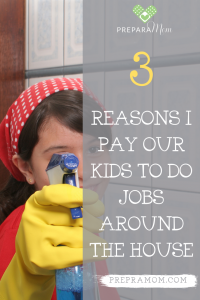 Are you currently paying your kids to take care of certain jobs around the house? Or do you give your children a weekly allowance without requiring them to do anything to earn that money?

A while back I had an idea. I was always buying things for my kids and I thought, why don’t I take that money I was going to spend on them anyway and actually teach them some money lessons instead. Why don’t I pay my kids to do jobs! I love a good teachable moment!

Of course, my kids have chores that need to be done regularly around the house. Think: making their beds and doing their laundry. I’m not talking about those things. I’m talking about the things that go above and beyond the normal daily household routine, like things that could be taken off my plate. For example: vacuuming the stairs, cleaning the microwave, or dusting the baseboards and shutters. Now, I pay my kids for doing those things.

If you’re wondering why, here are the 3 main reasons I pay my kids for doing these jobs around our house:

I want to teach them the basics of money management.

These are things like saving, spending, and giving. These are basic money lessons they are going to need to learn eventually. Why not start earlier on?

Now, this concept of teaching them to save what they’ve earned is really helpful in letting them in on how to budget their pay in the future. It starts them out on those habits but on a smaller scale. It will lead to a healthy relationship with money once they start earning their own income.

What I’ve noticed is that when they are using their own money, they are a bit more conservative with their spending. This tells me that what I’m teaching is really sinking in! 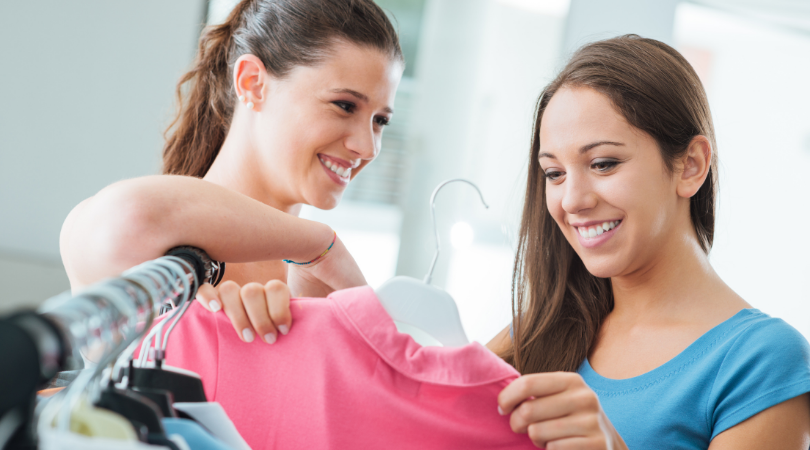 I want them to learn to have a solid work ethic.

They know this is a job and they know they have to do it well. Just like when they get out into the real world, they need to do their job properly in order to get paid. If they rush through it or don’t do a good job, I have them do it over before paying them. This teaches them the kind of work ethic I want them to have. Life isn’t just about having fun, you need to work hard, too. I always tell my kids: work hard, play harder.

In our house, the kids do their jobs on Saturday. They have to get their jobs done before they even think about opening their iPad or turning the TV on.

It’s all about responsibility.

My kids are each assigned different jobs and they are each responsible for making sure their job gets done and that it gets done well. If they are assigned a job, they need to do it and take ownership of their responsibilities.

If you are one who gives an allowance to your kids, I highly recommend you switch things up a bit. At the very least, in the verbiage. Think about what the word “allowance” says to your kids as compared to calling it a job and paying them for doing that job. When kids get an allowance, sometimes they feel entitled to the money instead of having to work for it. As adults, we know this isn’t how the real world works. We need to work in order to earn money, we aren’t just given money for existing. (though that would be nice, right?) It’s a tiny shift in language that could make a huge shift in your kids mindset and attitude.

If you’d like to learn more about budgeting, I’ll be hosting a Happy Family Budgeting Workshop in just a few weeks. Head here for all of the details and to get signed up!