Warning: Invalid argument supplied for foreach() in /home/customer/www/preparamom.com/public_html/wp-content/plugins/divi-overlays/divi-overlays.php on line 3008 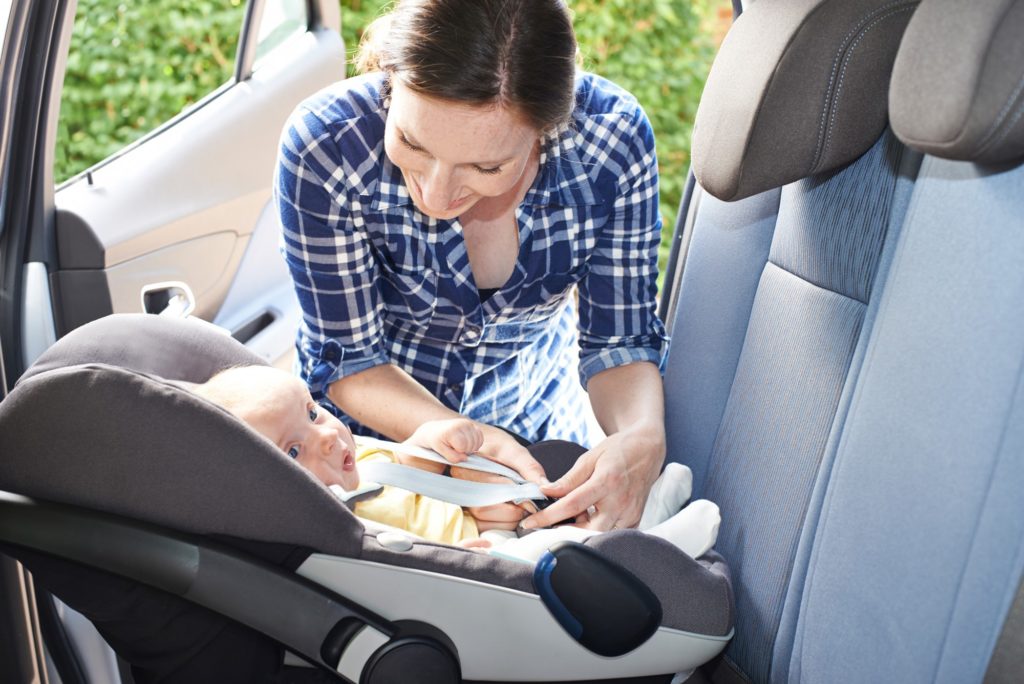 There are a lot of milestones that parents look forward to—first steps, first words, first day of school. But one of the things I’ve found many anticipate is the day they can turn their kid around in their car seat. I know I was!

Children one-year-old and under should always be placed in a rear-facing car seat.

In some states, including California, it’s required that they have to be at least two years old before they can be turned around. The National Highway Traffic Safety Administration (NHTSA) recommends that children stay in a rear-facing seat for as long as possible.

I was recently talking to someone who kept her kid in a rear-facing seat until she was four-years-old. Granted, her daughter was a bit on the smaller side, but still, this is amazing to me. Big kudos and props to her.

Parents Get Excited to Turn Their Kids Child Seat Around

There are a lot of reasons why parents want to turn their kids around sooner rather than later. For one, the kids are really fussy during car rides and you want to be able to see them easier.

Another is that it’s easier to reach back and hand them something if they’re facing forward. Still others talk about kids getting more car sick because they’re riding backward.

Here are the reasons why keeping kids rear-facing for as long as possible is the safer option:

First, rear-facing is the safest position for a child in the event of a car crash. Research studies state, “[Children] in [the] second year of life are 5 times less likely to die or be seriously injured in a crash if restrained rear-facing.” This alone should encourage you to choose rear-facing for as long as possible despite the convenience front-facing seats may provide.

A rear-facing seat is specifically designed to protect a child’s head. Young kids have a disproportionately larger and heavier head compared to the rest of their bodies. In a crash with a front-facing seat, the head moves abruptly forward, increasing the force on the neck. (Think of how bad whiplash can be for adults and then multiply that several times for children.) But with a rear-facing seat, the head moves with the seat, reducing the chances for neck and spinal injuries.

The protection for the head is probably the most obvious, but the rear-facing car seat also is designed to protect the whole body. Rear-facing only seats are engineered to absorb and distribute the impact of a crash throughout the shell of the seat. Essentially, the seat acts like a protective cradle or cocoon for the child. Since it’s not practical to keep them in a protective bubble all the time, this is the next best thing.

The Decision Is Up to You. Now You Know the Facts.

Ultimately, at the end of the day, everyone’s situation is different and it’s up to the individual parent to make the call as to when to place their child in a forward-facing seat. My goal here has been to share some of the things I’ve learned recently so that parents can make a more informed choice.

Be Prepared Wherever You Are!

At the park or playing ball – be prepared for the sun AND accidents with a first aid kit designed exclusively with you and your kids in mind.  Check out PreparaKit.com for kits and tools created for busy parents who want to be ready for the unexpected.

Warning: Invalid argument supplied for foreach() in /home/customer/www/preparamom.com/public_html/wp-content/plugins/divi-overlays/divi-overlays.php on line 3008
×